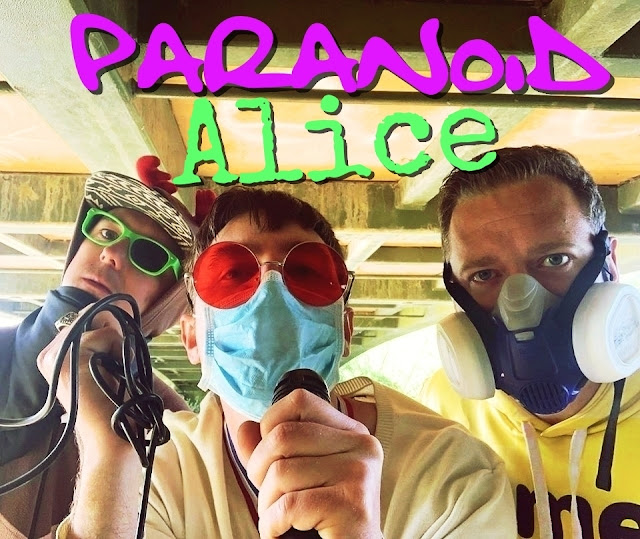 COMING STRAIGHT OUT OF ENGLAND, IN THE MIDDLE OF THE BIGGEST WORLDWIDE VIRUS KNOWN TO MAN, ARE THE BAND 'PARANOID ALICE' WHO'S MISSION IS TO MAKE THE WORLD ''MOSH'' - ''WE DONT WANT A 2 METER DISTANCE BETWEEN EVERYONE, WE WANT UNITY.'' 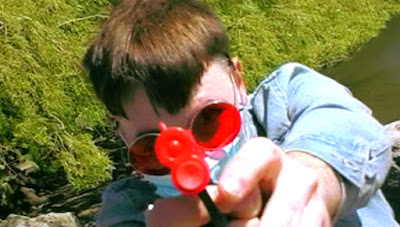 *Describe your self: A little devil

*First live gig: My dad took me to see Oasis as a kid & it was like finally finding your religion.

*Fav movie: I saw Bad Timing recently which is about this incredibly bewitching girl who is really alluring but she is also slowly going insane. Maybe I'll meet her doppelganger in a mental institution one day.

*What do you think of the future of British rock? Wait till you get a load of us. 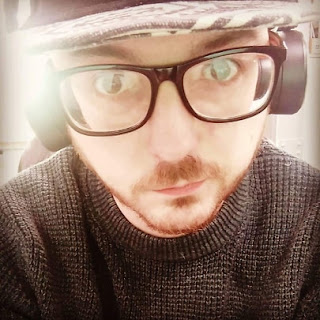 *Fav Album: Really depends on my mood. I enjoy so many different genres it's hard to say. I guess my favourite on terms of influence would have to be Blink-182  self titled album. Its put together so well and all the songs are strong on it. That being said I cant get enough of 20/20 Vision by Anti-Flag right now.

*Interests: Music obviously, it's my main interest. Always has been, But I also love poetry, psychology & sociology. I guess its people I really find interesting.

*Describe your self: 5ft something, slim build usually wearing a cap. Neurotic, shy, manic and certifiably crazy, but dont let that influence your thoughts on me, Im certainly intelligent, creative, loving although spend most of my time irritated.
*First live gig: Blink-182, class. Like I said earlier, hugely influential band for me. Tom DeLonge is my hero.

*Fav movie: Another impossible question to answer. If we are talking classic films I must say Passion Of The Christ....jokes, it's probably Finding Nemo, in terms of animated films, but also Fight Club has a place in my heart. Also a great book.

*What do you think of the future of British rock? I think theres a potential for it to be in jeopardy. If we as musicians stay true to the art, we can stop that from happening. Rock & Punk in Britain needs a comback. So many amazing bands out there right now that need recognition. And with the way things are going we could certainly need it in society right now. 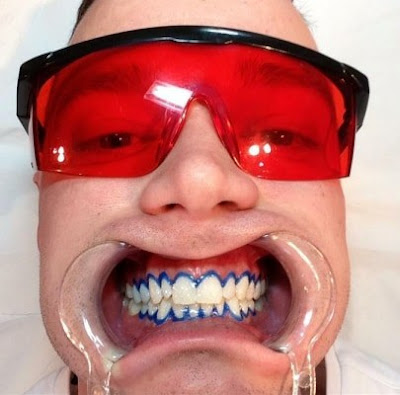 *Fav Album: This has got to be Fat Of The Land by Prodigy, It was something so completely different from everything that was going on at the time. For me it was the last of the 'album' albums; a collection of songs that were all part of something rather than just put together, it is a journey from start to finish.

*Interests: Music I think is the obvious one, I've got the day job to keep me going but music has always been with me throughout my life.

*Describe Your Self: 'Crazy' would be the word most people would jump to I guess. Not in a horrible serial killer way but in a fun, enjoyable way. Always trying to see the happier side of life and inviting anyone that want to join in.

*First Live Gig: If we're talking actual 1st live gig then it would be a band called Production G (local town band). I think the G stood for Gorman as they were all siblings. A little like Hanson except didnt get the 1# hit wonder. They did do a wicked cover of Button Moon though.

*Fav Movie: This is difficult, there are so many! Really want to say Fight Club, just genius throughout; great story, brilliant actors, awesome scenes, directing on point, and a stupidly annoying Easter Egg. But then there is Ghostbusters. I did spend a large proportion of my youth thinking I would grow up to be a ghostbuster! Me & my sister even had proton packs but we never had the trap so could never fully capture ghosts. We were told to imagine the trap - bizarrely this was the hard part looking back!

*What do you think of the future of British rock?
It is whatever we choose to make it. Like everything in life, if you want it you have to go out & get it. Dont like it? Change it!