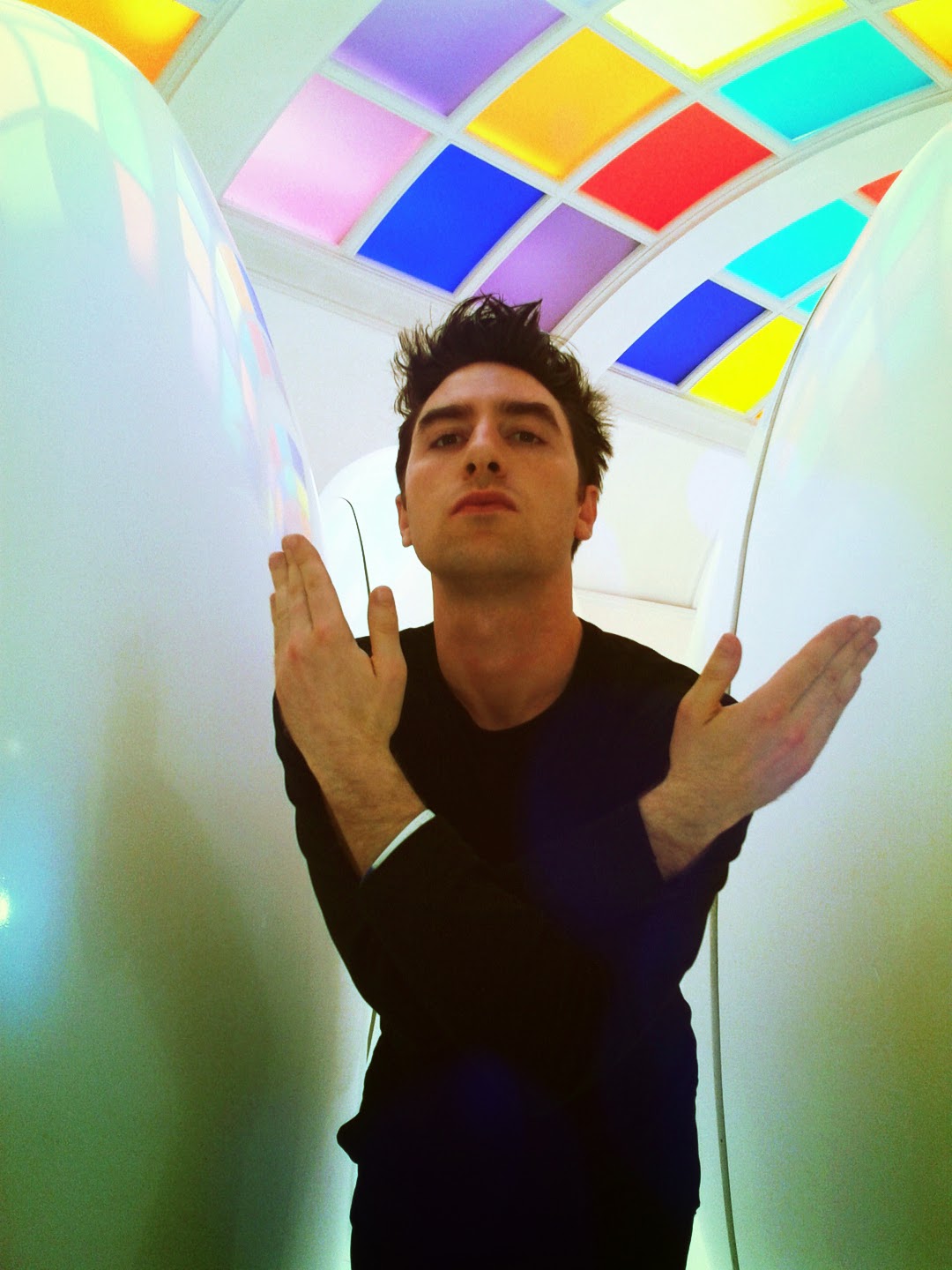 Making several videos and films you have made over the years like the deconstructed mock documentary films you have unearthed as fake mockumentary, what are you currently working on?

There’s a couple of projects I'll be distracted with until they find resolution and FOXY is a works in progress, FOXY is 16 different videos and short silent films, where I demonstrate and realize mock performance. The final presentation for FOXY would be a video installation where multiple photo booths having each FOXY video or film viewed inside and is interactive.
Also several FOXY videos and short films were submitted to Fabrizio Federico for his foreign feature full-length film Pregnant an experimental adventure that deals with how technology has overturned people’s lives in the 21st century.
The second project that keeps me busy; I'm writing a shooting script for my next feature no budget film that I will organize in due time titled Nigga Booty Nights. I have actually written the first draft for the film but with a budget in mind, presently I'm re -writing the script.

You call your self an artist and not a film director why is that?

I just got started making films.

Do you use scripts to prepare for your films if so how would you describe your style of script writing?

Yes I have prepared scripts for my films but I have also constructed films without using any scripts rather mock documents. My screen writing is unconventional. The dialogue I write is frequently based upon unusual stretchy and repetitive monologues. I do this so that the rhythm or the metric system of the literature fluctuates unpredictably as its being read or performed by performers.

How did the nickname Birthday Gurl come about?

I identified myself as someone who showcased at various art exhibits while screening my silent films at live musical performances. It wasn't until I attended a Ghostland Observatory concert In New Braunfels, Texas when the duo was accompanied by a live video performance that I was mesmerized and decided it was time to challenge myself. I became inspired and passionately motivated to create more video. A year passed, I generated numerous hours of recorded video performance using original visuals that I then edited to distribute thirty-one Ghostland Observatory music videos. That night of the show I was celebrating my birthday. That same year came across a fake plastic tiara with Birthday Girl in pink across the top and I put it on and the name stuck.


Several Years back you showed a film about a Jewish young man who spent most of his time distracted in odd drama behaving in the nude even in open public situations with accompaniment by The Grass Hopper Lies Heavy.

That is a silent film titled Jesus Practice, it includes musical recordings of instrumental noise I played as I watched the film that was I then altered. When showcased the audio was not overheard, instead a heavy metal progressive rock band out of San Antonio, Texas performed during its screening at The Ten Eleven aka The Old Warhol right down the street from the San Antonio Museum of Art.

Can you describe the story behind it?

There is no story it’s just a series of events that take place in three different settings where a young white Jewish male is wearing female wigs dressed in woman's clothing. The impression is that the only one performer in the film is mocking a transgender and becomes aroused by a female scarecrow dressed to play an electric guitar in Mick Bernin’s front yard. The same female scarecrow he serenades by drumming before her in the nude open to the street Typically he smokes three cigarettes at a time when playing his organ before squirting eggnog down his throat to wash down a banana labeled in lipstick.

Respond to your characterization of your films in the same sense that you've just described.

I started by gathering objects that I imagined would have some kind of symbolism in the film. In a matter of hours the same day I shot the film I knew the performer was going to attempt appropriating the same dispersed objects in the order we agreed upon. At this point the objects became props. As the performer reacted to the props his characterization utilized the symbols these props explained to be Androgyny’s duality in prolonged scenes of nudity showing a young man’s penis and buttocks whose hair and face were accessorized to imitate a female. But the idea was to shoot the performer responding to some specific props so that every prop could become a possible cue to build the performer’s imagination, to improvise creating the business that is mock performance or the blurring of lines between performance art and acting. In this case only as long as I allowed the camera to keep rolling the entire show.

I believe you coined the term Fake Mockumentary?

Fake mock documentary is still too new to be a film genre. I have written a fake mock-documentary manifesto and what it is trying to say is that mock- documentary should already be an established film genre.

How would you differentiate yourself as a filmer or a filmmaker?
I’m more like a video artist.

Did you go to film school?

I dropped out of school to make films. Eventually I went back to school but I studied painting and majored in Business. I never was convinced that San Antonio was the place to study film… I was interested in studying art.