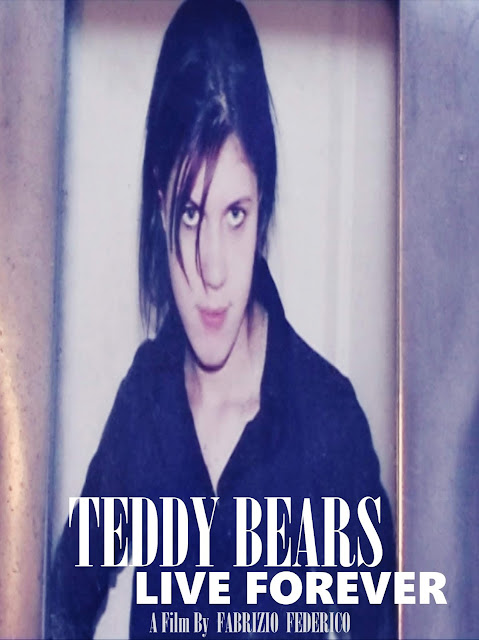 An upcoming film dedicated to Kurt Cobain of legendary band Nirvana is being set for release in 2019 by outspoken ''Youtube filmmaker'' Fabrizio Federico, ''the film captures the spirit of Kurt's morals, not his life, but about how straight men like him can be in harmony with both their male and feminine side. We are Zen. I think Kurt was a great example of that vibe, he wanted to point us towards a more progressive society, saying 'why bother hurting each other, and all that other crap' you know, nevermind, as the lad once said.''

It's an ugly film, so ugly that it's the perfect experimental pop culture film for a new generation of 'Me Too movement' supporters. April's terrifying reality; spat out by the modelling industry, burned out, and now being tortured by her own inner demons is brought to light by the films soundtrack of doughy classical, Indian and trap music, including an end credits anthem called Wrong's by Mao, (their last album was recorded at Aleister Crowley's old haunted home facing Loch Ness) which is very uplifting in a Total Eclipse Of The Heart, way, that Kurt would have loved, his pop sensibilities were always the secret weapon behind Nirvana's power.

''The idea of the 'It girl' was first personified by actress Clara Bow in the movie 'It' (1927) which helped usher in the age of the wild flapper girl in the roaring 20's along with other intellectual sirens such as Louise Brooks. The role of the vivacious, sexual, youth-quake secretly fascinates every teenage girl early in life, and who must secretly and subconsciously try to, live up to/ or tame. Before either eventually self-destructing or simply growing out of it.
In world culture, magazines, music videos, books and films have depicted this prototype historical personality of the goddess Maenad, her name literally translates as "raving ones".
Over the years there have been many 'It girls' who have captured our hedonistic times, and our public's imagination with either cheap karaoke or artistic flair, girls like Kate Moss, Twiggy, Kim Kardashian, Cornelia Guest, Cara Delevingne, Paris Hilton, Kendall Jenner - but there are strange and tragic examples also of young ''it girls' lives being cut short by the seductions of glory and fame, such as, Gia, Donyale Luna, Tara Palmer-Tomkinson, Peaches Geldof and Edie Sedgwick.''

In the film her problems first started either after April become an edgy out of control teen model in Hollywood, or after joining a Las Vegas cult and being abducted by aliens while living near Area 51, nobody knows, it just started one day.
Today she exists in five different realities.

Now living in London, April is not a virgin, but one of her personality's, called Sam, wants to desperately lose her virginity at any cost. While she falls apart right in front of our eyes, she screams, scratches and bites away while combing her hair to smithereens, eating disgusting cold cheese and milk while switching personalities; whom one of them likes the taste of her own bloody tampons in a hot bath, wearing just a bright green 'Pulp Fiction' UV wig.

Federico's been planning and toying with his new film Teddy Bears Live Forever for the past 2 years, capturing a sonic mess that resembles the warped feeling of destruction in Aprils own sweet bleached mind.
The female psyche is deeply explored in the film, Federico spent a week filming in a single room filled with 70's Carpenters albums, ladybirds, Disney films, paintings and snakes capturing the mindset of April's fragile like glass breakdown.

Teddy Bear's has a built in mythology, the idea of paradise lost. Ancient mythical allegorical lands like Arcadia, Atlantis and April's titanic memories of her disembodied identity, it's weird and just plain heartwarming.

April's dream like sense of living in limbo, after retreating into an imaginary world without a place and purpose, is indulged by her old fashioned 60's Carnaby Street grandfather, but her multiple personality disorder keeps her isolated from the world; re-living her faded out unreachable past.
''The film was also inspired by the Fibonacci sequence, UFO's and men with a strong feminine side such as Kurt Cobain and the tormented but brilliant missing guitarist
Richey Edwards.''

The films shades of greatness is best summed up by Federico and his enthusiasm for misrule cinema ''learning how to make a feature film nurtures independence, confidence and staying power. But it also free's your imagination and passion for making a connection with something beyond everyday drudgery.''

Q: What Nirvana song, comes to mind when watching Teddy Bears Live Forever?
A: Id say it's best summed up by 'Rape Me' & 'Come As You Are'
I grew up with him, I learnt a lot from Kurt when no one else could reach me.