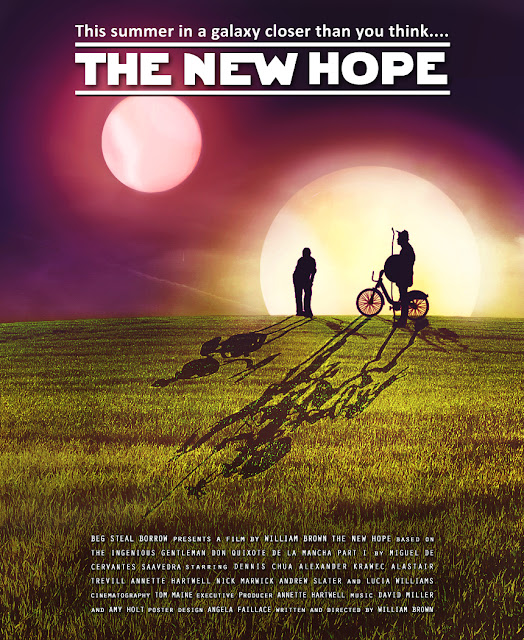 What does your film express about today’s generation?
Three films in one festival! I am honored. The New Hope is a complete takedown of cinema. It's based on the first part of Don Quixote, except where the Don in Cervantes' novel believes that he's a knight errant in a chivalric romance, our knight thinks that he's a Jedi, more specifically Obi Wan Kenobi. But not only does Obi Wan continually come against a reality that refuses to conform to his romantic ideals, but so does the film itself 'tilt at windmills' by claiming to be a film despite breaking more or less every rule about how a film should be made. But you know what? If you love Star Wars and buy into all of that Jedi bullshit about the force being everywhere and about the importance of the smallest things in our vast universe, but if after buying into that you still judge a film not by its attitude but by its cosmetic appearance... then you're a hypocrite.

So what does this film express about today's generation? That appearances don't matter and that it is spirit and attitude that are far more important than the look of a film. And we deliberately make an 'ugly' film and we deliberately take on the biggest fucking franchise in the world, because it we don't, then no one will... And why do we do this? Because as Disney basically buys up everything and prepares us for a world in which all films basically are the same (tired blockbusters spinning endlessly the same yarns from the same fictional universes), then we need to preserve difference, and to preserve a cinema of poverty, because poor images count just as much as rich ones (ones made with massive budgets). In this way, we are not just creating a new hope for cinema. Maybe we are creating the new hope.

As for Roehampton Guerrillas, this is a movie made by a large collective of young filmmakers in southwest London. As with The New Hope, they also deliberately make imperfect films in order to show how people are talking out of their arses every time they bang on about some film that they would make if they had the money or the equipment, but end up doing nothing because they're afraid that their movie will be judged negatively because it wasn't made with that equipment or that money. If you want to make a film, make a film. All films are equal, motherfucker.

And finally Selfie is an analysis of selfie culture. What does it express about today's generation? If you don't know what a selfie is, you're living under a rock.

What social circumstances led you to make your new film?
Like what political events lead to these films? The ongoing neoliberalisation of the contemporary world, in which you do not exist unless you exist as an image that grabs attention, leading to everyone adopting either a homogeneous aesthetic whereby everyone looks the same (generally as 'cinematic' as possible), or to people doing ever-more-dumbass things in the race to the bottom. In some senses all of these are anti-films, because we live a world in which everyone thinks in movies and thinks that their life might make a good movie and dreams about being in movies and it it all superficial horseshit. You know what? These are movies, too. And if you don't like them or if you don't agree, then you need to think about why you think only some films are worthy of the name cinema and what it says about you to think that way.

What do you think about the PINK8 Manifesto & Punk Cinema?
Radical. Bold. Brave. We are kindred spirits. Though I do break some of the rules some of the time. (What the fuck are rules, anyway?)


Whats next for you?
Making four films simultaneously at the moment. Trying to find audiences for a bunch of others. Discovering more and wonderful alternative film cultures out there, making friends and learning - always learning. 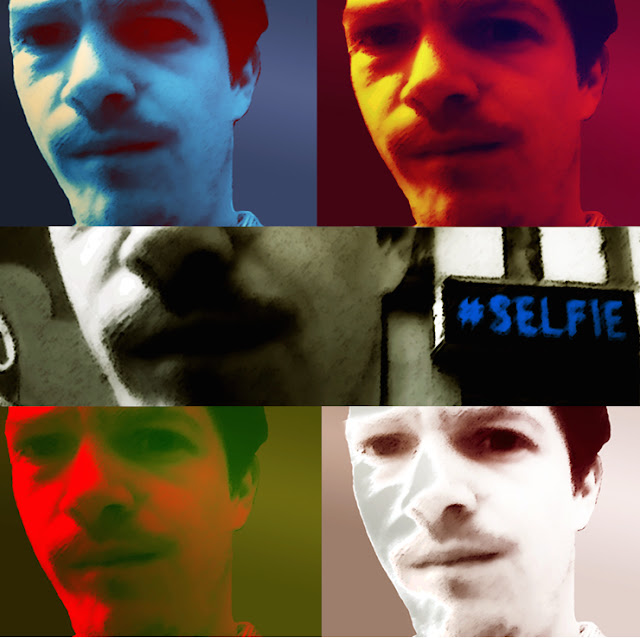