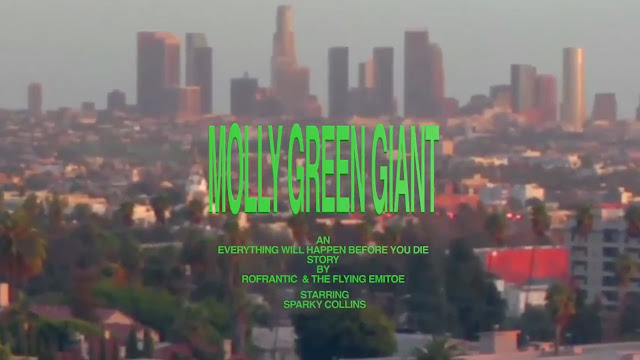 
What does your film express about today’s generation?
Molly Green Giant is a music video / deleted scene from a film called Everything Will Happen Before You Die directed by Dan Finkel. What is says about today's generation is that people are hungry for spiritual excitement, knowledge, answers, connection. It's about the music of life and how bizarre the whole of it all is.

What social circumstances lead you to make your new film?
We have been sitting on this footage since 2009. Rofrantic and The Flying Emitoe had recently come out of retirement in the techno music production scene and made the song MOLLY GREEN GIANT. Piso Records out of London picked the track up and we new we needed a great video that spoke to the people and Dan and I were sitting around and we came up with the idea  to pull out this footage which featured the amazing Scoot McNiary. I sat down for a week and went to work on the edit and wow! magic was born! Unfortunately the scene got cut from the film so we were real happy to bring it back to life!

What do you think about the PINK8 Manifesto & Punk Cinema?
I think and have been on a PINK8/PUNK Cinema kick for a long time. it basically started right after i had acted in a film i had made with friends called In Search Of A Midnight Kiss. we made that film for very little money. broke the rules, and just made the movie happen the way we wanted. the film ended up winning the John Cassavetes award at the International Spirit Awards. Cassavetes is the god father of punk rock film making and a hero of mine. after Midnight Kiss, I wrote Everything Will Happen Before You Die  with writer/director Dan Finkel and we made it! since then i have written and directed 7 feature films. all DIY fuck yeah making movies style! you can find them all at www.lefthousefilms.com and if you are looking for true DIY Punk rock film making, watch my film Window Licker. it will blow your mind!

Whats next for you?
There is no next. There is only right now and at the moment, i got to stay focused. cause i am working on two films that will most certainly change the Cinema game once again.  That and a butt bucket load of new music is coming. and then I will probably do a lot of skateboarding as well.  Also you can watch the full feature for EVERYTHING WILL HAPPEN BEFORE YOU DIE for 1 dollar on our website, which i already mentioned but to be like an ass commercial here it is again www.lefthousefilms.com, thatWWW.LEFTHOUSEFILMS.COM
Oh yeah and if you like the song you can find it here: https://www.beatport.com/release/molly-green-giant-rp/2007004
its a good song to shower to in the mornings! 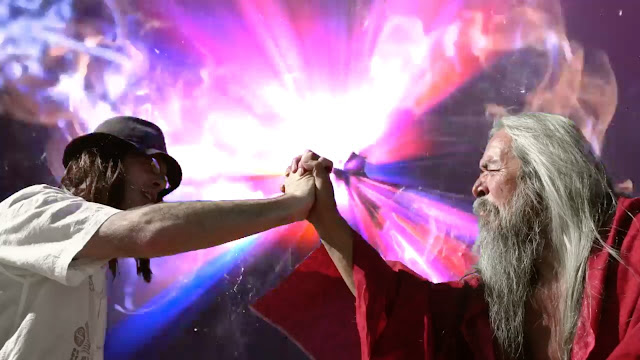