Director Fabrizio Federico has unveiled his new band called Mao. With an album in the pipeline of mind bending styles and experimentations its bound to be as wild as his feature film debut Black Biscuit. 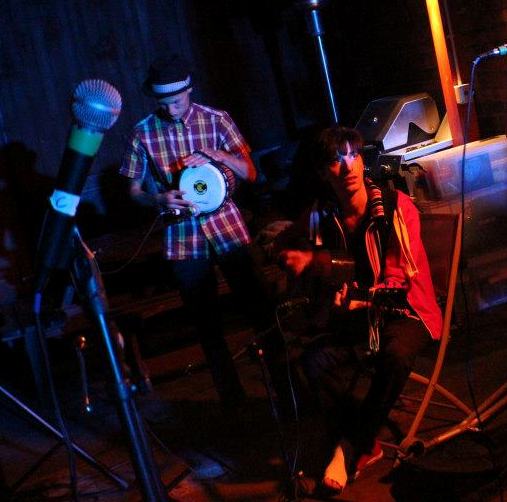 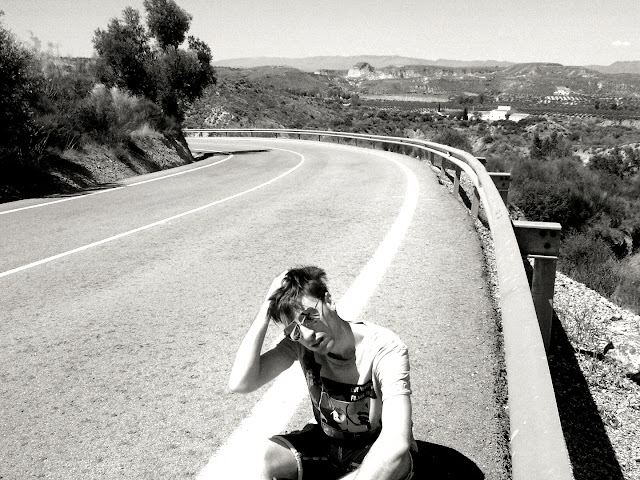 Film director Fabrizio Federico in
his own words by his own hand. 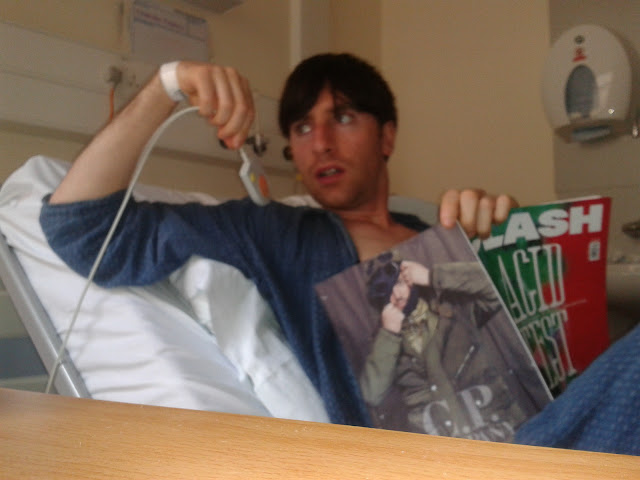 I describe myself as… Open, illegal, strange, romantic and heavy. I believe in unpredictability and doing things for the need and fun of it. I don’t care about pleasing anyone creatively other than myself but I want to connect the dots with like minded people. My aim is to reach fearlessness.

Cinema changed me………because it introduced me to the bizarre corners of the mind. After I saw Dennis Hopper’s ‘The Last Movie’ I became obsessed with getting free and living the life of a stray cat. Getting into adventures with strangers and bringing a wild dirty aimless poetry to Cinema.

When Im not making films.……I make music under the name Mao, and tumble through art, trees and photography. I get along with pick pocketing and listening to worldly shamblers  ranting and raving and cursing out God, theres a lot to choose from in my neighbourhood, theres beauty in the squalor around here. I like to drive rented cars aimlessly and be chased by farmers after driving through their fields.

My biggest vice is……finding things that send shivers down my spine such as a new song. It’s usually the sad/happy songs that do it to me like Twilight At Carbon Lake by Deerhunter or Light My Fire by The Doors, that immediate feel. I just want to capture a lot of beautiful broken moments and build myself around them. Sentence’s, girls and ice cream.

The last time I was embarrassed was………spilling a bowl of hot soup on somebody’s head in a crowded café. While the lady was screaming I felt the whole place eyeballing me. Im pretty relaxed watching Roadrunner re-runs. Or I’ll feel embarrassed saying good morning in the morning or getting caught singing Loup Dee Lou.

My formal Qualifications are………..I got an Associates of Science degree from a college called Mass Comm in Brookline Village near Boston. It was hands on teaching and I spent most of my time interning and going to Chinese parties. My teachers were either alcoholic musicians or paraplegics; one of them was obsessed with going to see Puppetry of the Penis. They had a great movie section full of weird stuff like Man With A Movie Camera and Performance, which was a revelation to me. I figured that these types of films were way more important than mainstream movies, Id be happy with getting my films into a college video collection. It made me not interested in commerce, and I figured my job is to show the world the world.

The best film I’ve ever seen…. this week it’s Tonight Lets All Make Love In London which is about the swinging 60’s. I want to recreate the energy that existed during that time and recreate it for a new generation. I cant wait to see Alps by Yorgos Lanthimos, so many minds on the cooker these days.

The last time I cried was….. after I got into a fist fight on a bus. I was sitting opposite some guy who was talking and eating and some of his food flew out his mouth and sprayed my face. I went crazy, I threw my apple at his head and we started brawling, the bus smelt like urine, then someone jumped in and stepped on my hand, sweaty food chunks flying everywhere, and when I was cooling down I cried it out.

My most treasured possession is….my ears, or my passport. I never wanted to have too many possessions.  I kind of think the Amish have the right idea, it’s a wobbly existence otherwise.

The best book I’ve read is…. Lilith by J Salamanca. It’s about a schizophrenic girl and how she sees the world in her own unique way.  The book has a magical witch quality that leaves you feeling drunk. The main character offers rapture and beauty to everyone she meets and by the end of the book you start to question reality.

Is the glass half-full or half-empty……Im sipping and spitting it back in the glass.

My greatest regret is…….Burning my parents house down when I was little, ………….hum yes that’s the one.

When we die………everyone to their own devices. Im going to be ghost like Casper and I’ll be happy hanging out with the cats, but I do believe in reincarnation and according to the Orientals I’ve been reincarnated 5 times,   9 is the total amount of times you come back, so I haven’t reached Nirvana yet, I don’t think Jesus is everyone’s imaginary friend ?

I would like to be remembered……….as feeling comfortable in new places. 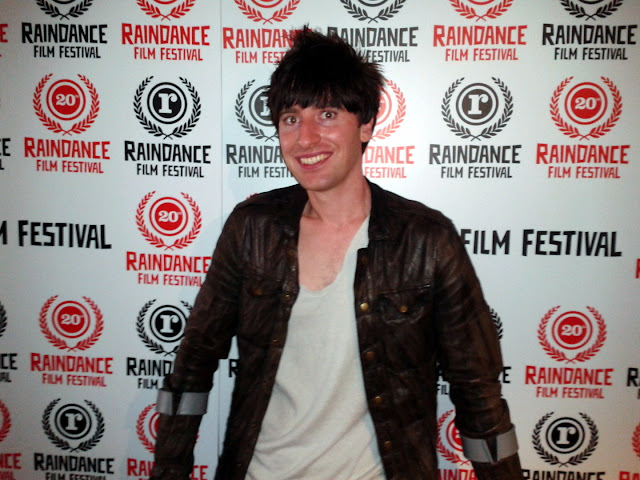 Black Biscuit will be premiering at the Raindance Film Festival on October 2nd at the Apollo Cinema.
Raindance Festival (Official Site)
Posted by CINEMA (Cult, Independent, Underground, Art House) at 04:24