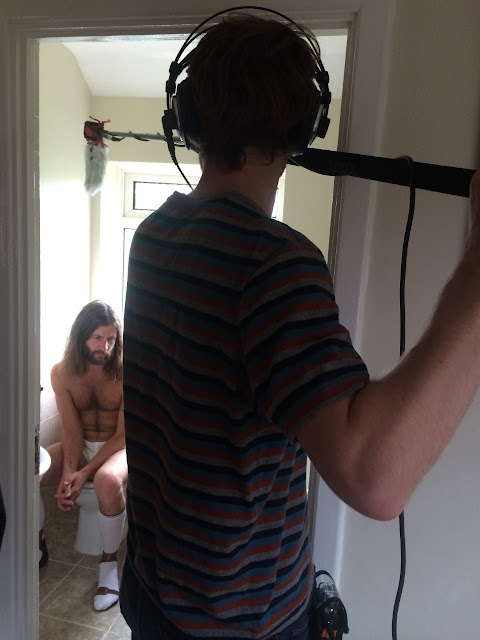 
What does your film The Second Coming express about today’s generation?
It addresses the subject of purpose and finding a direction in life, which I think are things people today often struggle with. It also addresses how people can easily be misguided

What social circumstances lead you to make your new film?
It was made in reaction to everything being HD and 3D, it's so unnecessary and boring. Which is why I shot on VHS.
It was written in 2013 and was in part a kind of reaction to right wing ideologies that I have felt brewing for many years. I would say those parts of the film are possibly more relevant and poignant now. It is a ridiculous film, about a ridiculous man, with some ridiculous ideas.

What do you think about the PINK8 Manifesto & Punk Cinema?
There are a lot of things in the PINK8 Manifesto that make sense and which would apply to the films I have made. It could be very positive, allowing film makers to get things made, on their terms, in an interesting way.
Most of the godfathers of PINK8 have had an influence on me for sure.
I think it's important to get films made in any way possible. As many different voices, from as many different backgrounds as possible. There are no excuses now, just think of an idea, which requires little or no money and the resources you have. Then go make it.

Whats next for you?
Stuff
Posted by CINEMA (Cult, Independent, Underground, Art House) at 02:44