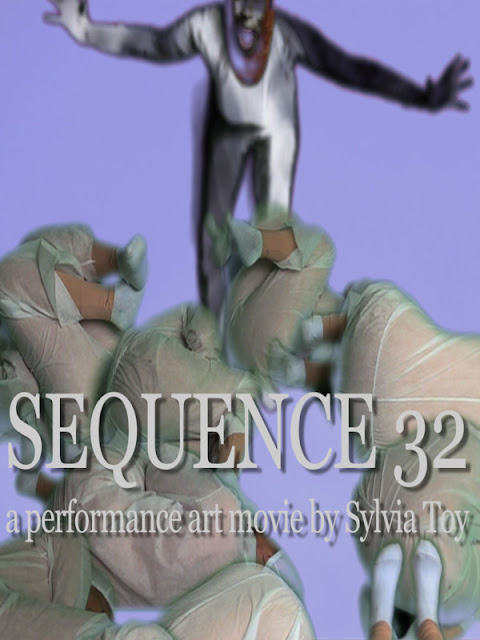 The Straight-Jacket Film festival will be screening Sequence 32


*How did you get into making films?
I was facing a dead end after 15 years as a playwright and was really depressed about it when one day I started actually listening to random conversations on the bus, on the street, at the store and I realised real life was a whole lot more interesting than what I was writing. I bought my first tape recorder. And when that wasn't enough, I started shooting grimy cellphone videos on the way to and from work. My husband thought what I was doing was interesting, so he bought me a camera and taught me how to use it.

*What inspired you to make your movie?
I am fascinated that probably most of the Universe is lifeless and much of it is a void. I am fascinated by black holes, by the randomness of asteroids, by the accidental way in which planets form. I am fascinated that one day The Big Bang happened. I wanted to create a creature who just happened one day like The Big Bang. I had researched deities for other projects for years and when I found the African god Mbombo who created the world by vomiting it up, it inspired me to develop the "First One" and its offspring the "Second One."

*How has your style evolved?
I came into filmmaking from 10 years of studying play-writing and 15 years as an actor performing scripted material. I love theatre but it was so liberating to collect B-roll going to and from work, to and from the grocery store and mix it all up on a timeline without any plot. My work has become more narrative in the past 5 years (you can't take the dramatist out of a playwright), but my mind produces funky stuff so I cannot help but stay real.

*Tell us any strange or funny stories while making the film?
I start every project with simultaneous acting and design improvisations. I create a character and the character creates their backstory, subtext, through-line and story. I don't know how many times I almost suffocated on camera while trying to figure how to show birth.

*The Misrule Film Movement & Pink8 manifesto bring what to mind?
It's insane for a mostly self-taught filmmaker whose roots are in avant garde theater to try to follow anybody's rules. So, I don't, especially since I first got pissed off after seeing the rule that video art can't be figurative. But when I read about Misrule and I see the Pink8 manifesto, I think "that sounds about right."

*What can we expect from your next film?
One of my strengths as an actor is humour. Developing SEQUENCE 32 was so physical that it really loosened me up and made me more confident about physical acting. There is and will be more physical comedy in my work since making this movie.