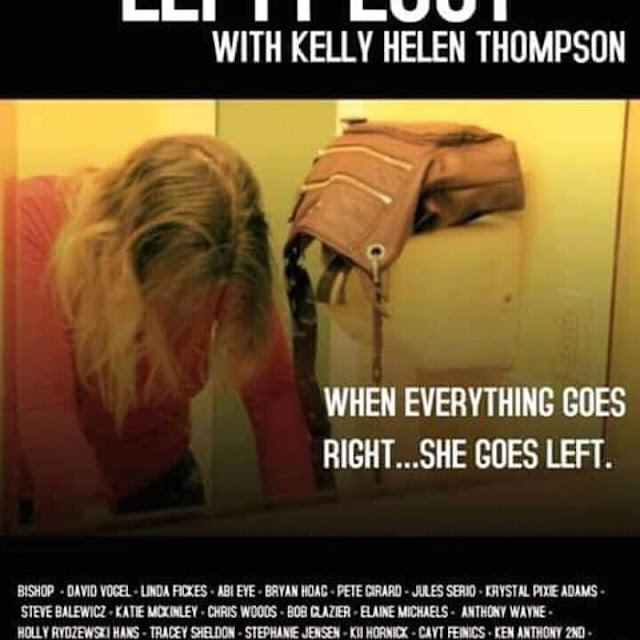 *How did you get into making films?
Having a theatre back round I wanted something more tangible.
*What inspired you to make your movie?
For the film Lefty Lucy driving uber helped me come up with this impossible story.  Night of crazy mishaps.

*How has your style evolved?
Assignment "Witches Talisman " the abstract, then to the Anomaly. The unusual.  "One By One " was an experiment of grittier and harder edged film.  "OMG" "WTF" it was an experience in experimental film making. Lefty Lucy was a blend of my previous experiments As well as original music.

*Tell us any strange or funny stories while making the film?
There was a murder at the storage unit we used. The giant 7foot man in the film couldn't get into the car. After several tries we got him in and out. He was part clown.
*The Misrule Film Movement & Pink8 manifesto bring what to mind?
I think guerrilla film making is great. I enjoy it. I think a lot of mainstream looses the human part of a story.  Sometimes it's good to be reminded as to why we started telling these stories.  To bring back the human from the animal.

*What can we expect from your next film?
The next film is underway.  There will more original music. And I will be pushing the envelope into the wild further.
Posted by CINEMA (Cult, Independent, Underground, Art House) at 01:47